BRINGING TOGETHER THE POWER, THE TECHNOLOGY, AND THE EXPERIENCE THAT KEEPS YOUR BUSINESS ON LINE. 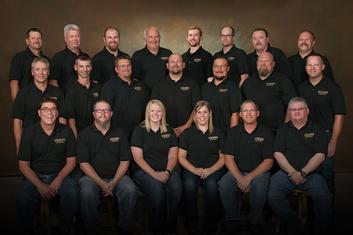 Based in Valley City, ND and with a working presence throughout the Eastern half of North Dakota, Grotberg Electric has been a leader in the industrial and commercial electrical contracting field for over 65 years.

Grotberg Electric provides electrical construction and electrical maintenance services directly to the end users (including corporations, municipalities, and other government entities, owners/developers, and tenants of buildings) and, indirectly, by acting as a subcontractor for construction managers, general contractors and other subcontractors.

In 2005, Grotberg Electric expanded its available services to include HVAC service. Triton Mechanical is an industrial, commercial and residential mechanical contractor based out of Gwinner, ND.

In 2017, Grotberg Electric expanded its service area to include the Northern Idaho. Opening a branch in Hayden, Idaho.

The success of Grotberg Electric depends on three main ideals:

The QUALITY of our products.

The COMMITMENT to our Customers.

And most of all, OUR SERVICE.